TLDR: "What does that look like?" is one of the most powerful questions in a GM's arsenal. 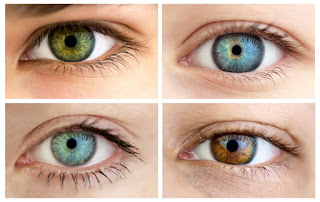 What does that look like?
This prompt adds color and energy to a scene. It has the effect of helping players immerse and visualize the scene for better strategy or role-playing. And it can be used in several different ways.

Asking this question of the GM may seem like an odd case. However, if the group primarily assigns world-building to the GM and a character is taking a world-specific action for the first time – such as summoning their god for aid – it might be natural for the player to ask the GM this question.

Before or After the Roll
Maybe the most important distinction to be made is whether the question is raised before or after a die roll. Asking before is a request for the player to describe their action more fully. Asking after, is allowing them to describe the outcome.

First, Second, or Third Person
The player answering the question, "what does that look like?" gets to choose their viewpoint. Often they make this decision without any self-awareness of thought as to the effect of the choice.

In first person, the visualization is from the character's point of view – "I see X." There is no way for the GM to answer in first person. (Is there? That feels like a really bold statement. Perhaps I'm being hasty. Anyway...) Answering the question in second person can be like "everyone sees my guy do X" or (from the GM) "you see X." In third person, the player answers as if they are a cinematic director watching the action from off-stage.

The way the question is phrased can do a lot to help push one viewpoint. To encourage the more distanced view, extend the phrase to "What does that look like - on screen?" To get the more immediate, first person view you might ask "Tell me what your character sees."

All of this is pretty subtle and probably goes without comment 99% of the time at the table. But it's worth taking a moment to consider both the framing of the question and the mode in which you answer it. Changing it up can produce some exciting differences in the fiction.