TLDR: If you want your virtual game to feel more real, consider using your VTT to emulate your tabletop games rather than using it for things that only VTTs can do.

Like many of you, my local gaming group has been forced to game virtually for some weeks.

I recently started my turn as GM, and am running an innovative (but flawed) game from 1998, the Marvel Super Hero Adventure Game using the Saga system. The game uses a fixed deck of 96 action cards featuring five suits (Strength, Willpower, Intelligence, Agility, and Doom!) with values from 1-10 arranged in a bell curve; there are way more 5s in the deck than there are 1s or 10s.

Anyway, since a big part of play is the manipulation of cards, I've used Roll20.net to emulate a real table top, not some cut-rate video game. That means I made the deck of cards, created play mats with table space for each player, allowed everyone to manipulate cards, have used photos and hand-drawn maps as handouts, etc.

Surprisingly, I have found the experience almost more immersive and fun than games that use all the Roll20 bells and whistles. Here are my take-aways, aimed at people who want their online games to feel more like their in-person games:


If you are one of those GMs that doesn't let players touch anything -- e.g. control their own tokens -- cut it out! How much fun would you buy if you went to play a board game with your nephew and you didn't let him touch the pieces? If you want players to engage with the game, stop putting up walls between them and the game's components.

Top-down full-color maps and tokens aren't any more immersive than theater of the mind. They ARE more inherently visual, but they subvert player attempts to imagine the environment and retard the use of other sensory data. GMs often use the maps as a crutch and fail to describe the environment in detail. (Since there's no reason to tell you that there is a narrow alley to your left, perhaps they forget to tell you that it smells strongly of urine and rotting flesh.) The more basic the map, the more players will have to imagine -- and that's a good thing. Try hand-drawing your maps and then taking a photo or scanning them in. Just like you would at the table. Or use a pen tool to create quick, sketched-out diagrams. Another cool thing I would like to try is actually setting up some terrain (e.g. home-made styrofoam hills or Dwarven Forge stuff) then taking pics of it and throwing those onto Roll20. I've seen Matt Finch actually move miniatures around terrain on-camera for his players, which ignores the suggestion above but is super cool none-the-less.


Nobody in real life plays with cardboard tokens with PC faces on them, do they? What about tokens that look like miniatures you might use on the table top? Can you imagine putting these tokens on Roll20? You'd put them on your table, wouldn't you? 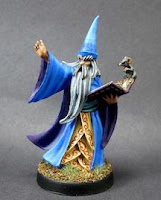 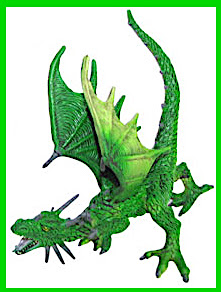 Let players roll real dice. In fact, maybe force them to roll real dice instead of clicking things on a virtual character sheet or writing cool macros or ham-handedly typing in the formulae. If you can't trust them to roll fairly/report their dice accurately that's a whole other problem. While your at it, why not use an honest-to-goodness piece of paper character sheet instead of a digital one?

If your VTT has something you wouldn't have at your real table, don't use it. What? Why wouldn't you take advantage of all the cool stuff the platform has to offer? Because it changes the experience and it can even be a distraction or counterproductive to the nature of a role-playing game. I like dynamic lighting as much as the next gamer -- except when it doesn't work, or the GM doesn't know how to work it and fiddles with it endlessly, or it doesn't let me see as far as I really wood. Hell, it's not even like real light; you can see 30' out and then instead of tapering off there's a magic wall of inky blackness. How "realistic" is that?

Turn on your webcams. For one thing this makes players focus instead of walking around or messing on their phones or whatever. You can see what they are doing. Just like in real life! It also allows you to utilize body language, which can be REALLY important for GMs who like to make NPCs with quirks like constantly licking their lips. Video helps the GM read the group's reactions or level of boredom. It helps people who are having trouble hearing since they can see lips moving and get tone-cues from your face. But most importantly it just reminds you there is a human being at the other end of all those wires.

Of course all of this presumes you WANT your games to feel more like role-playing games played at a real, physical table with living, breathing human beings. If you like engaging in all the cool fiddly bits of Roll20, more power to you! I get it. It can be fun as hell. However, enforcing these simple measures of reality, especially during this time when we are steeped in virtual things, can be really cool and exciting!