I've been thinking a lot about RPG languages recently. (This article is pretty specific to D&D and related games, but general principles apply to other games as well.) Some of the questions I've been asking myself are: 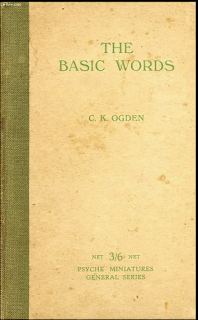 Let's start with how it's treated in most games. In my experience, GMs and players think of Common as fully-fleshed language that nearly every creature in a setting can learn and speak. Further, most creatures that interact with humans learn Common, and so we can generally infer that it's a language invented by humans, though that is rarely explicitly stated.
This is pretty unrealistic. Let's start with non-human species. As variance from a human norm increases, different mouth shapes will make it very hard for, say, a lizardfolk to speak a human language. They have no lips so words with b, f, m, p, v, w, any y are pretty much impossible without "faking it" using some other contortion of the mouth. Second, let's just account for cultural drift, political borders, and other contrariness. There is likely to be some percentage of, or whole regions of humans who haven't learned (possibly refuse to learn) Common.

The New Rules of Common

But what does "realism" have to do with fantasy anyway? Let's recognize that Common is just part of the game and tackle it as rationally as possible, in an attempt to build something that is internally consistent and feels real. Here are some conceits that I believe would make for an interesting take on Common:
These simple ideas keep Common powerful, but also make it a lot less useful so that knowing other languages is a huge benefit. In fact, let's add another bullet:
Finally, let's assume a similar rule applies to all cultural and regional differentiations in the base-language as well. IOW, if you are of the base culture and travel far from home, you are more and more likely to rely on Common and not be able to speak the local language. It probably first pops up as heavy accent or dialect issues, so that you are speaking the same language but communication is slower and gives rise to a number of sidebars (to explain unfamiliar words and figurative language).
As a counterpoint, we might assume that long-lived cultures experience less language drift. They are slower to adopt new and variant words.

Practical Impact on the Game

My final thought is that, while I like all of these ideas, I recognize that they require energy in-game. This is why Common in most games is treated as outlined at the start of this article. Language barriers can be fun and interesting, but they can also be tedious. So I would generally allow a lot of latitude until someone tries to express an idea in Common that just seems really technical or nuanced. At which time I would point out the other conversant is looking confused, or angry, or trying to suppress a laugh.
Treating Common in the above fashion makes learning other languages more useful and special. Thus supplying a reason for non-wizards to value a high Intelligence.
The idea that your dialect of your own language becomes less useful the farther from home you travel is also an interesting one in game terms. It could serve as a signal that you are moving into a region where understanding local laws and cultural norms will be more difficult. You will be unable to pass as a local unless you keep your trap shut, and you may find yourself running afoul of local law or simply making embarrassing blunders. IOW, the GM could use it as a plot hook, to make an area feel more exotic, or even to encourage players to stick to the "known lands."
Also note that speaking the same language creates intra-party ties and politics. A human, an elf, and a dwarf walk into a tavern. The human speaks Common and local Human. The Elf speaks Elven, Common, and Dwarvish. The Dwarf speaks Dwarvish, Common, and Goblin. They can all order beer or wine in Common. Small talk is slow and sparse because they have to converse only about basic things, except when the Elf deigns to speak Dwarvish and the two of them can start commenting on the loutish human patrons of the bar ... and then possibly fall into an alcohol-fueled argument about the relative merits of smithing vs. woodcraft or some such.